We are finding, coaching and training public media’s next generation. This #nprnextgenradio project is created in in Oklahoma, where five talented early-career journalists are participating in a week-long state-of-the-art training program.

In this project is a set of audio and digital stories highlighting the experiences of people whose lives have changed dramatically during the pandemic.

Cody Honani has been in active recovery from a meth addiction. Throughout the pandemic he’s received support from his family, and also turned to volunteering to stay clean. Storm Tso reports.

Recovering hope amid a global pandemic

During a recent work Zoom meeting, Cody Honani received a message from the Hopi Community Health Representative office telling him four different households had tested positive for COVID-19. As his co-workers gathered the Covid Kits, one said, “Last week we had 8-10 requests in one day.” Distributing multiple ‘Covid Kits’ a day has become a regular part of Honani’s work life.

Recovering hope amid a global pandemic 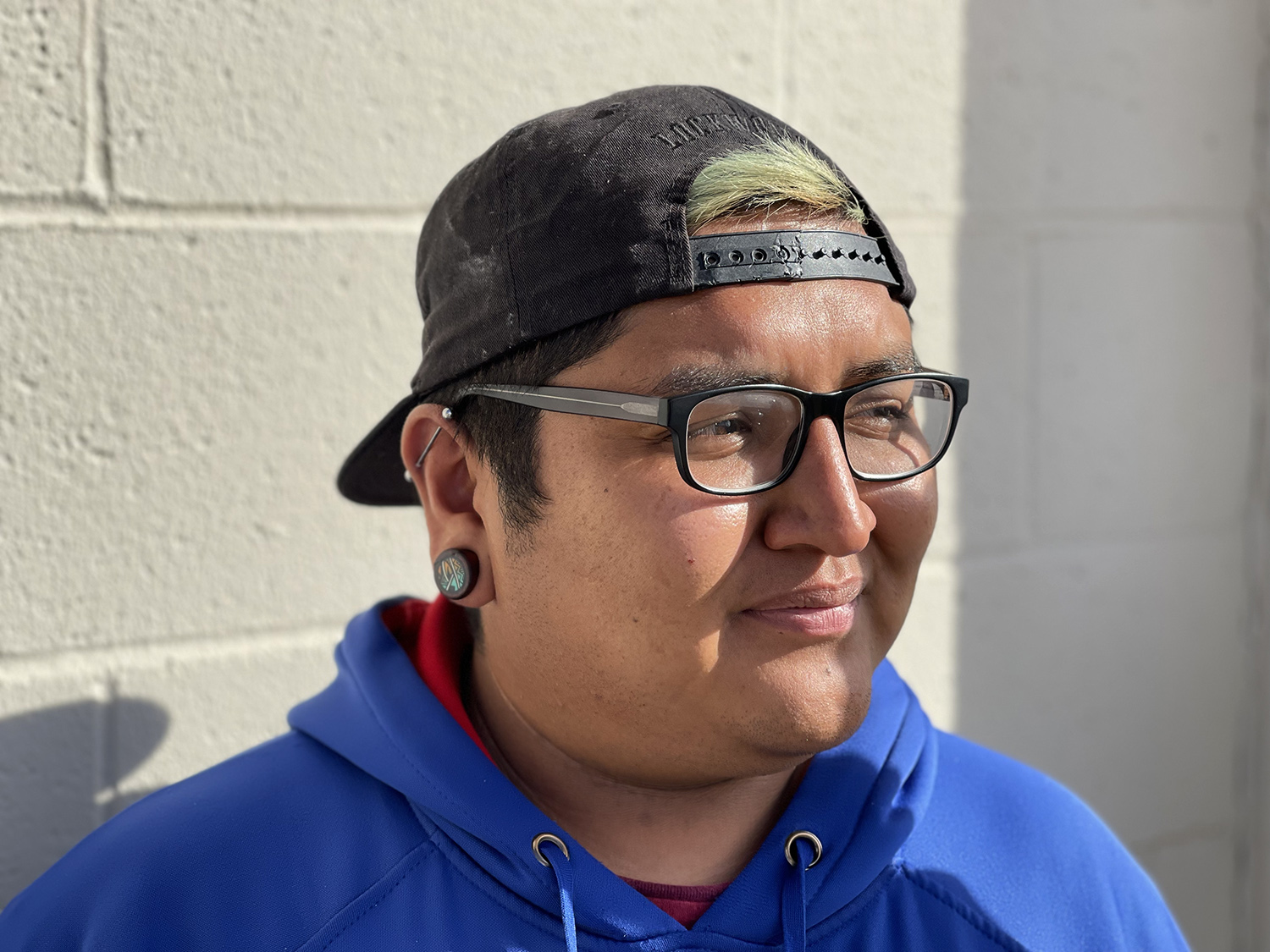 Cody Honani stands outside the Hopi Emergency Relief Fund site located in Kykotsmovi, Ariz.  on Monday, Nov. 1, 2021. Cody is the site manager for HERF and is currently in active recovery from a meth addiction. (Photo by Storm Tso)

Things were different back in 2019. Honani was working at a local convenience store and studying accounting at Northland Pioneer College in Keams Canyon, Arizona. He began to struggle and feel overwhelmed with school.

“I was back in school for the first time in like 10 years, and I decided I was like getting really stressed and I was like,  maybe I should just get a little bit of a Adderall or something to help me with my studies.”

When his search for Adderall was unsuccessful, he began using cocaine to help him stay awake and focused. From there his casual use of cocaine turned into him using meth. Cody used meth for several months without his family knowing until he called the police on himself to try and do a forced detox. Police refused to take him into custody and referred him to behavioral health where he joined a program called Matrix. After attending for a few weeks he quit the program and began using again around the start of the pandemic.

This time his drug use became more frequent and out of control. After a couple months he realized that he’d had enough. He reached out to his oldest sister who took him into her home and helped him begin his detox. To help keep his mind off drugs he picked up several hobbies such as sewing and volunteering 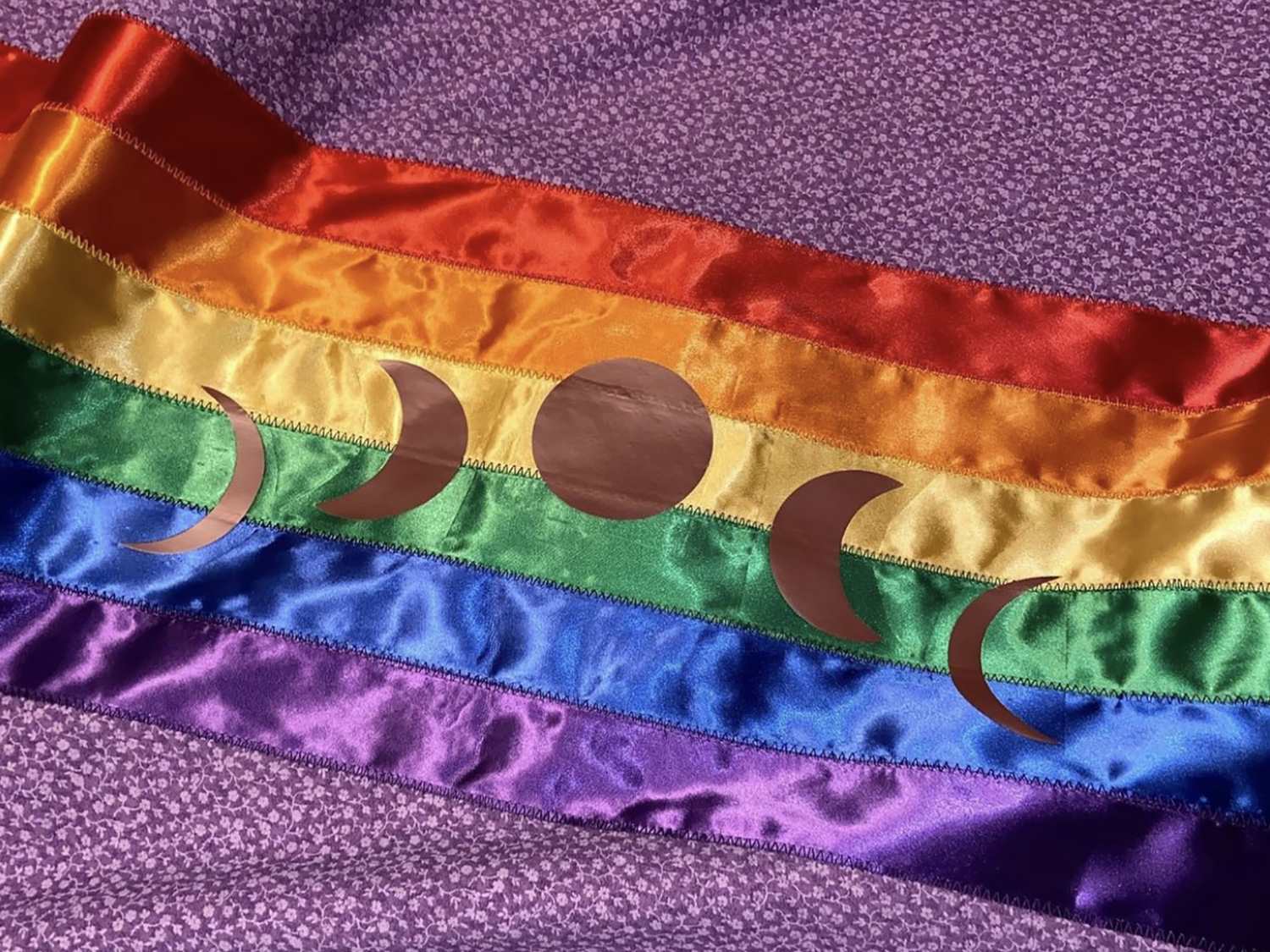 A “Phases of the Moon” ribbon skirt made by Cody Honani. Sewing was one of the hobbies that Honani used to keep him busy when he began his recovery. (Photo courtesy of Cody Honani) 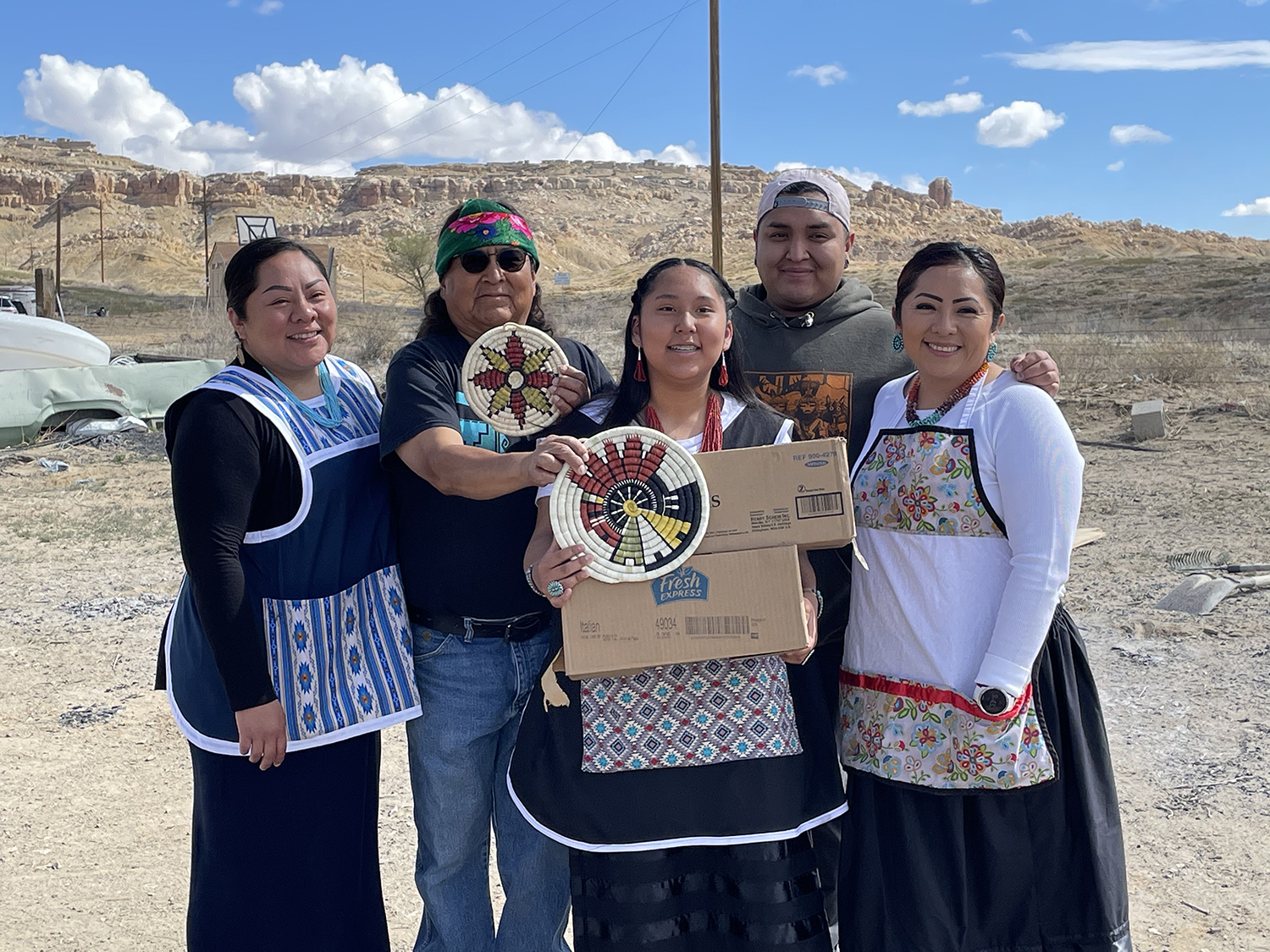 Cody Honani with his family on April 18, 2021. From left to right: Terri Honani, Robinson Honani, Rainey Honani, Cody Honani, and Samantha Honani. Here we have Cody, his sisters, and father holding up traditional Hopi plaques. (Photo by Storm Tso)

Back when Honani was still an active drug user he began hand sewing old articles of clothing into small bags and using scrap materials to create pencil cases and makeup bags. After getting clean, Honani picked up the hobby again to keep himself distracted. His sister gave him her sewing machine and he began to take on larger projects such as ribbon skirts.

As the pandemic continued, Honani also began looking for ways to help his people combat COVID-19 and keep himself occupied. He was given an opportunity to volunteer with Yok’ Naawakinta, a grassroots organization on the Hopi Reservation that distributed clean drinking water to the Hopi people, due to the high levels of arsenic found in the local water. Honani said volunteering with the group was beneficial to helping him stay sober. The work was so laborious and demanding he didn’t have the time or energy to think about his drug use. The work was rewarding and helped him be a part of his community again after isolating himself.

After Yok’ Naawakinta completed their efforts, Honani was given another volunteer opportunity distributing food with the Hopi Emergency Relief Fund — known as HERF —  a project of the Hopi Foundation. His first job as a volunteer was to separate large bags of potatoes into small grocery bags. 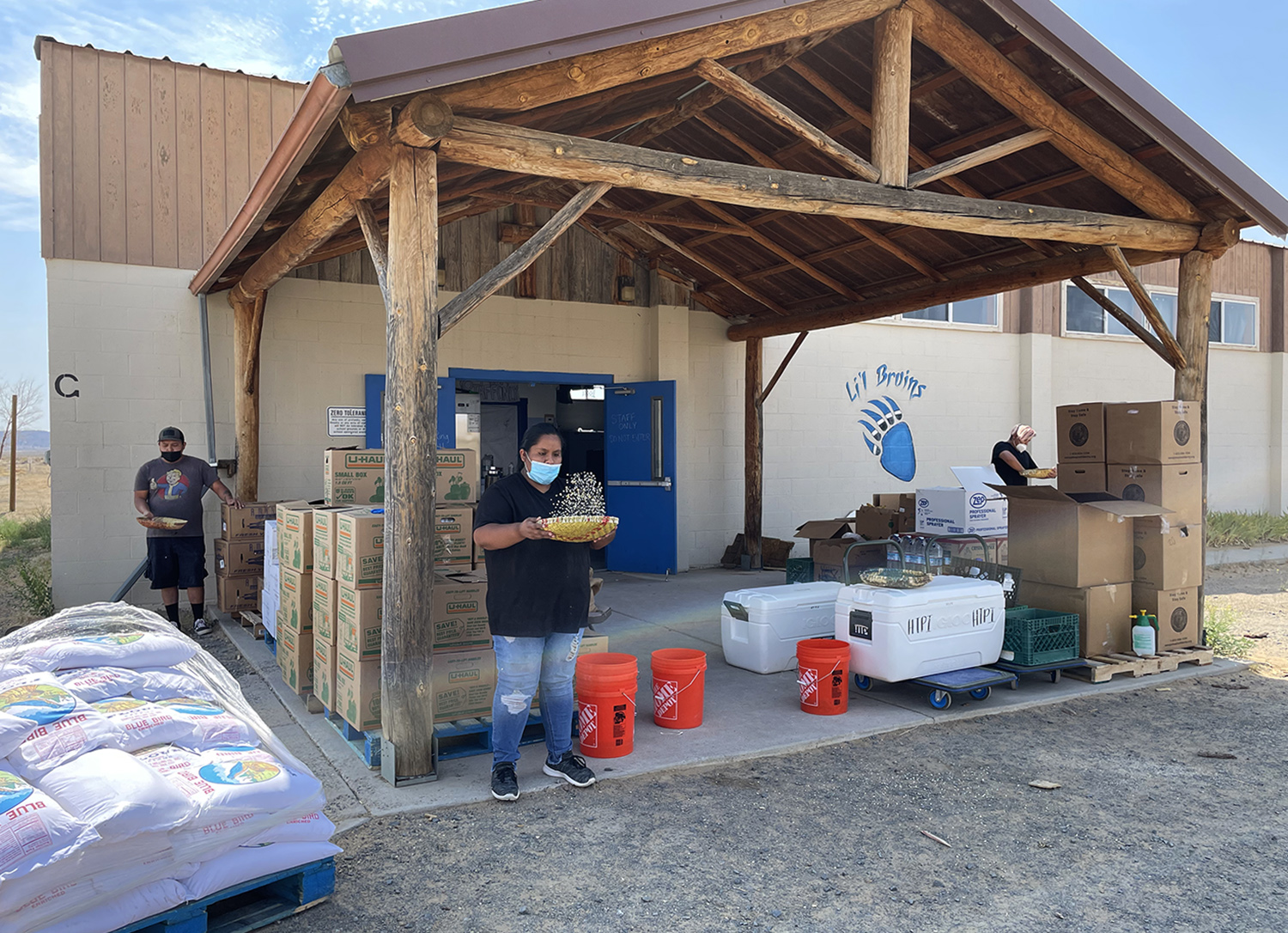 The Hopi Emergency Relief Fund crew cleans corn while waiting for individuals to pick up food boxes in June 2021. HERF used to build 200 food boxes weekly to distribute to the Hopi people. (Photo by Storm Tso)

As the pandemic continued and more people contracted COVID-19, the Hopi Foundation saw an opportunity to make the HERF a more established program and offered the current volunteers jobs, Honani being one of them. He began as a HERF crew member in October 2020.

With more staff, HERF ramped up its operation and began to host weekly food box and PPE kit distributions in partnership with Navajo and Hopi Families COVID-19 Relief and Ancestral Lands, Hopi. Honani and his team organized and distributed 200 food boxes to one of the 12 Hopi villages every week. They also made “Covid Kits” for people who tested positive for COVID-19.

With the decline in COVID-19 cases and vaccines more widely available today, HERF is preparing to close its doors in December. Looking back, Honani said he found his work with HERF fulfilling. When asked about his plans after HERF he said,